Nicknamed both “Mobtown” and “Charm City” and located on the border of the North and South, Baltimore is a city of contradictions. From media depictions in The Wire to the real-life trial of police officers for the murder of Freddie Gray, Baltimore has become a quintessential example of a struggling American city. Yet the truth about Baltimore is far more complicated—and more fascinating.

To help untangle these apparent paradoxes, the editors of Baltimore Revisited have assembled a collection of over thirty experts from inside and outside academia. Together, they reveal that Baltimore has been ground zero for a slew of neoliberal policies, a place where inequality has increased as corporate interests have eagerly privatized public goods and services to maximize profits. But they also uncover how community members resist and reveal a long tradition of Baltimoreans who have fought for social justice.

The essays in this collection take readers on a tour through the city’s diverse neighborhoods, from the Lumbee Indian community in East Baltimore to the crusade for environmental justice in South Baltimore. Baltimore Revisited examines the city’s past, reflects upon the city’s present, and envisions the city’s future. 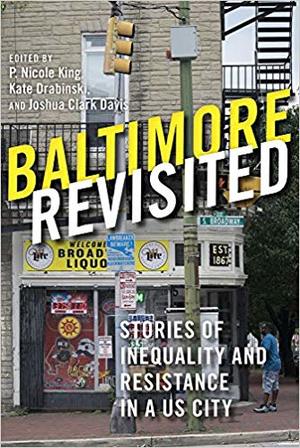 
From Head Shops to Whole Foods: The Rise and Fall of Activist Entrepreneurs

Rebuilding Middle East Baltimore: Race and class determine 'who gets the land'