A great primer for understanding the historical and contemporary prison system. Professor Davis writes about the historical, gendered, commercial, and political side of prisons and offers alternatives that need to be implemented not just in the prisons themselves but in other institutions in society.

With her characteristic brilliance, grace and radical audacity, Angela Y. Davis has put the case for the latest abolition movement in American life: the abolition of the prison. As she quite correctly notes, American life is replete with abolition movements, and when they were engaged in these struggles, their chances of success seemed almost unthinkable. For generations of Americans, the abolition of slavery was sheerest illusion. Similarly,the entrenched system of racial segregation seemed to last forever, and generations lived in the midst of the practice, with few predicting its passage from custom. The brutal, exploitative (dare one say lucrative?) convict-lease system that succeeded formal slavery reaped millions to southern jurisdictions (and untold miseries for tens of thousands of men, and women). Few predicted its passing from the American penal landscape. Davis expertly argues how social movements transformed these social, political and cultural institutions, and made such practices untenable.

In Are Prisons Obsolete?, Professor Davis seeks to illustrate that the time for the prison is approaching an end. She argues forthrightly for "decarceration", and argues for the transformation of the society as a whole. 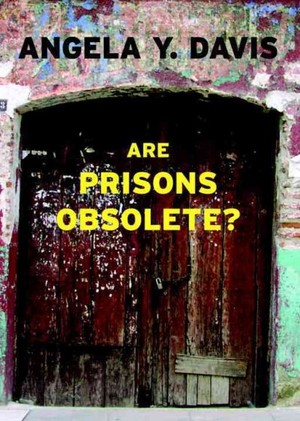 Words of Fire: An Anthology of African-American Feminist Thought

117 Days: An Account of Confinement and Interrogation Under the South African 90-Day Detention Law

Invisible No More: Police Violence Against Black Women and Women of Color

If They Come In The Morning

Freedom Is a Constant Struggle: Ferguson, Palestine, and the Foundations of a Movement

The Meaning of Freedom: And Other Difficult Dialogues (City Lights Open Media)

De Colores Means All of Us: Latina Views for a Multi-Colored Century

The War Before: The True Life Story of Becoming a Black Panther, Keeping the Faith in Prison, and Fighting for Those Left Behind

Imagine: Living in a Socialist USA

The House That Race Built: Original Essays by Toni Morrison, Angela Y. Davis, Cornel West, and Others on Bl ack Americans and Politics in America Today

Narrative of the Life of Frederick Douglass, an American Slave, Written by Himself: A New Critical Edition by Angela Y. Davis (City Lights Open Media)

The Case for Sanctions Against Israel

Visions Of Peace And Justice: San Francisco Bay Area: 1974-2007. Over 30 Years Of Political Posters From The Archives Of Inkworks Press

with many suggestions taken from the excellent Prison Culture blog!

The New Jim Crow: Mass Incarceration in the Age of Colorblindness

Discipline & Punish : The Birth of the Prison

How non-transformative demands for prison reform reinforce the prison system

Liberal complicity with the growth of the mass incarceration runs deep—by refusing to acknowledge the structural transformations and reparative action needed for real political and economic equity, calls for more effective or more fair policing can in reality fuel the growth of a repressive carceral apparatus.

From the War on Poverty to the War on Crime: The Making of Mass Incarceration in America

The First Civil Right: Race and the Rise of the Carceral State

Becoming Abolitionists: Police, Protests, and the Pursuit of Freedom

Prison by Any Other Name: The Harmful Consequences of Popular Reforms

The End of Policing

Some things that are essential

A People's History of the United States (P.S.)