The Antiracist: How to Start the Conversation about Race and Take Action

What would happen if people started moving beyond the conversation and took action to combat racism?

We are in an era where many Americans express the sentiment, “I thought we were past that,” when a public demonstration of racism comes across their radar. Long before violence committed by police was routinely displayed on jumbotrons publicizing viral executions, the Black community has continually tasted the blood from having police boots in their mouths, ribs, and necks. The widespread circulation of racial injustices is the barefaced truth hunting us down, forcing us to confront the harsh reality—we haven’t made nearly as much racial progress as we thought.

The Antiracist: How to Start the Conversation about Race and Take Action, will compel readers to focus on the degree in which they have previously, or are currently contributing to the racial inequalities in this country (knowingly or unknowingly), and ways they can become stronger in their activism.

The Antiracist is an explosive indictment on injustice, highlighted by Kondwani Fidel, a rising young literary talent, who offers a glimpse into not only the survival required of one born in a city like Baltimore, but how we can move forward to tackle violent murders, police brutality, and poverty.

Throughout it all, he pursued his Master of Fine Arts in Creative Writing & Publishing Arts from the University of Baltimore, while being deeply immersed in his community—helping combat racism in schools by getting students to understand the importance of literacy and critical thinking. With his gift for storytelling, he measures the pulse of injustice, which is the heartbeat of this country. 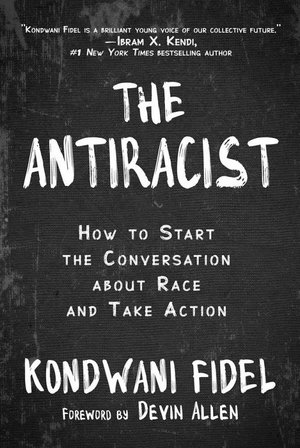 No Justice, No Peace: From the Civil Rights Movement to Black Lives Matter

Hummingbirds in the Trenches