On April 18, 2015, the city of Baltimore erupted in mass protests in response to the brutal murder of Freddie Gray by police. Devin Allen was there, and his iconic photos of the Baltimore uprising became a viral sensation.

In these stunning photographs, Allen documents the uprising as he strives to capture the life of his city and the people who live there. Each photo reveals the personality, beauty, and spirit of Baltimore and its people, as his camera complicates popular ideas about the ghetto.

Allen's camera finds hope and beauty doing battle against a system that sows desperation and fear, and above all, resistance, to the unrelenting pressures of racism and poverty in a twenty-first-century American city. 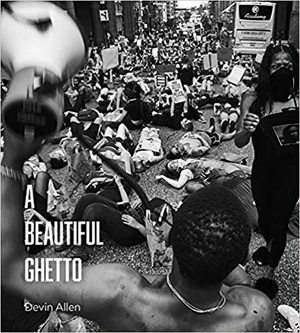 
No Justice, No Peace: From the Civil Rights Movement to Black Lives Matter

The Antiracist: How to Start the Conversation about Race and Take Action

We Speak for Ourselves: A Word from Forgotten Black America

The Cook Up: A Crack Rock Memoir

Where Tomorrows Aren't Promised: A Memoir of Survival and Hope

How We Get Free: Black Feminism and the Combahee River Collective

Race for Profit: How Banks and the Real Estate Industry Undermined Black Homeownership

From #blacklivesmatter to Black Liberation

The Wire: The Complete Visual History

Too Poor for Pop Culture and other essays